Back to Management Page 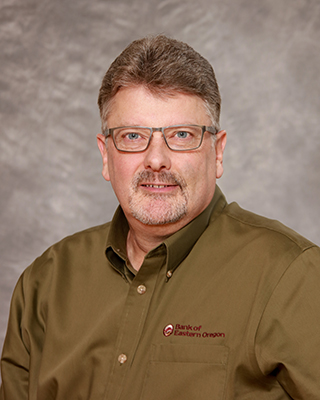 Jeff Bailey has been with bank since 1996. He was named President in July 2008 and CEO in April 2009. Jeff served as Chief Credit Officer from 2003 to 2009. Prior to that time he served as a commercial loan officer in Gilliam County. He is past chair of the Oregon Bankers Association. Jeff serves on the Board of Directors for Community Banks of Oregon, currently serving as secretary-treasurer. He is active in the Willow Creek Valley Economic Development Group, Heppner Chamber of Commerce and other civic groups. Jeff is a native Oregonian, married with three grown children.